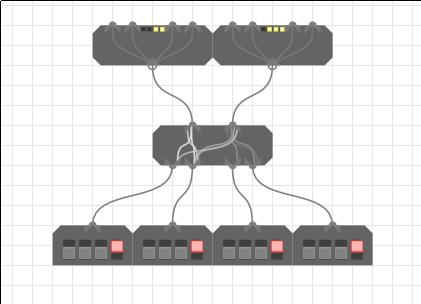 This example seems to demonstrate an error in the merge code. Decompiling yields some rather strange code that updates the outputs. Perhaps this is undefined behaviour!? This is the problem of not having any official documentation.

This is quite simple. Each of the 4 inputs represents a bit of a 4 bit word. A is the LSB and D the MSB. The 4 bit word is constructed in output A.

Output B will only produce a word of the form xxDC or xxC2C1 where D is the LSB of input D; the same goes for input C. 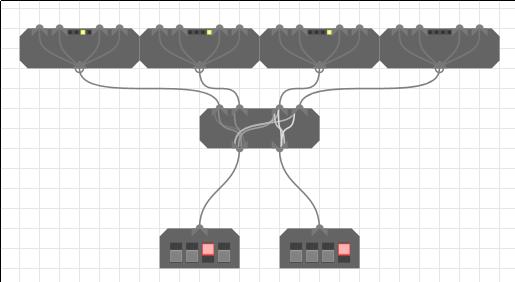 Port A splits out each bit to the LSB of the output in order (A from port A -> LSB of output A), however it is not quite this simple as on output A and C the 2nd and 4th bits from port A are also present in the 2nd LSB. so 00BA into Port A yields 00BA on output A. This is a bit irritating meaning you’ll have to use a bit mask to get at A, or perform a bit of shifting. Refer to the top table if this explanation is crap.

Takes an input and repeats it to four outputs 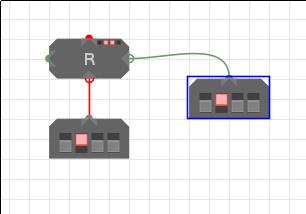 These store their inputs when enabled, and constantly output whatever is stored in them. The control input takes the following form: 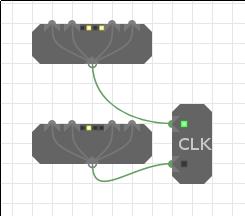 Outputs two clock signals which are the inverse of each other, advancing through four phases as shown in the table below. The clock is also the source of the asynchronous reset signal for any registers in your design 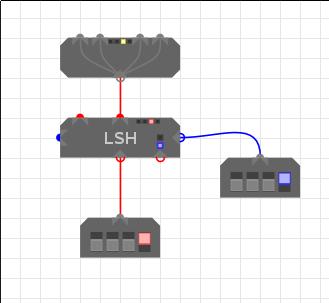 NOTE: Only the 2 LSBs of control input are handled

Take and input and shift it left by the number of places in the control input. No idea what the chain in and outs do. If you do know, please email me and I’ll add it in. 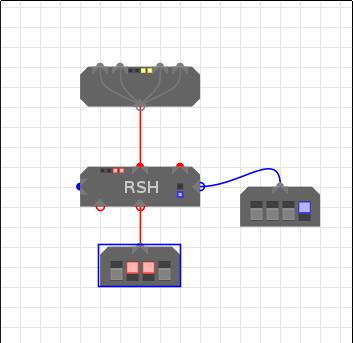 NOTE: Only the 2 LSBs of control input are handled

Take the input and shift it right by the number of places in the control input. No idea what the chain in and outs do. 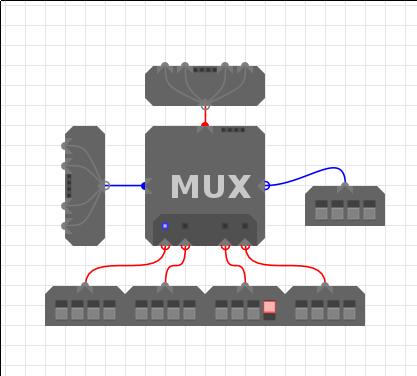 The multiplexer takes 4 inputs and selects one of them based on the 2 LSBs of the Control in, which is also fed out to Control out. 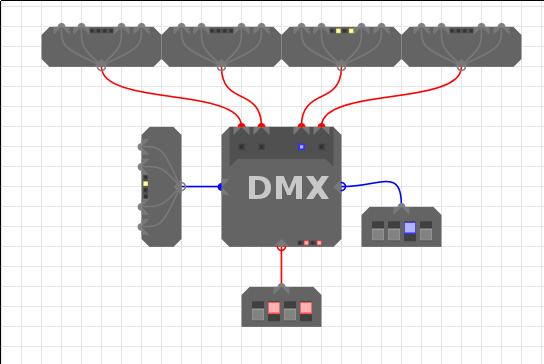 The demultiplexer takes an input and then based on the Control input selects which output to route it to. 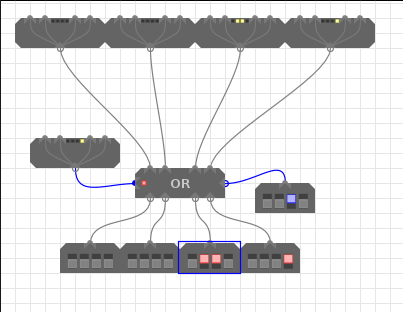 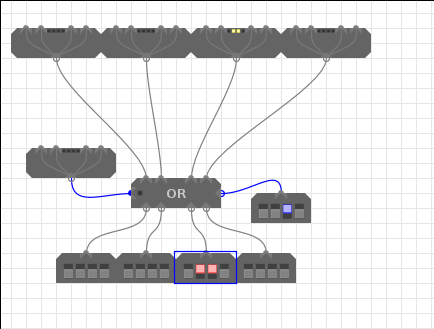 The chained Or is triggered in one of two ways:

The chained or is so called as along the top of the module you get the inputs just as you fed them in, this means you can pass the lowest bits around quite a lot. 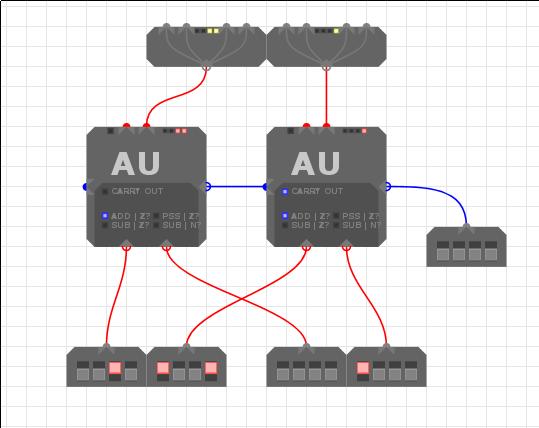 The left output is the Control out that instructs another chained AU that overflow has occured so you can chain AUs to handle more than 4 bit numbers.

The RAM unit holds 65,536 bytes of memory. These are accessed through the 4 Address inputs that take a nibble each. Inputs take the form of nibbles; the same goes for outputs. 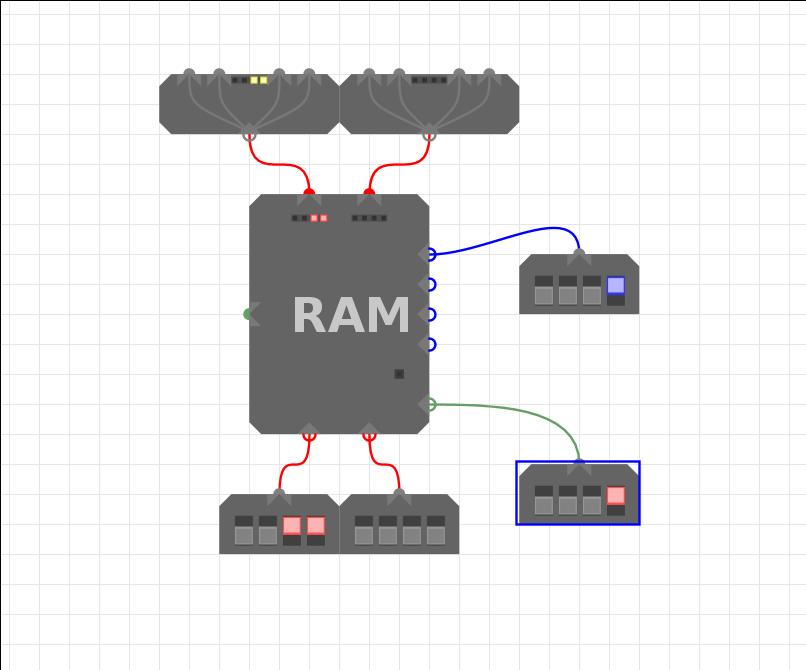